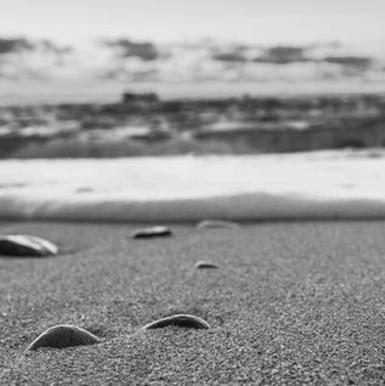 1.    Breathe Deeply.  Shallow breathing , which we do when we're tense, accumulates a buildup of carbon dioxide into the system, and can create a feeling of suffocation.  Breathing deeply restores balance and eliminates carbon dioxide.  Breathing deeply, and into the belly takes the body into the parasympathetic nervous system or "Relaxation Response".  It is one of the fastest ways to practice unwinding stored stresses and to train the body to a much healthier state of functioning.  Breathing, of course, is free - and... you can do it ANYWHERE!

2.    Be Peaceful.  Psychiatric researcher Dr. James Lynch states that the act of speaking  -- regardless of what you're saying -- raises your blood pressure from ten to fifty points in only 30 seconds.   Take time for quiet each day and enjoy the health benefits.

3.    Enjoy some music.  The ancient Greeks assigned a musician as well as a physician to those who were ill.  Music can bring the body's rhythms into harmony, which allows healing to occur.   Kansas City music therapist Janalea Hoffman suggests choosing music that has a  tempo slightly slower than your heart rate. This not only encourages the heart to slow down to keep in sync, which is relaxing, but it can momentarily lower blood pressure as  well. The average heart beats 60 to 68 times per minute, so try to find music with about 50 beats per minute. Some suggestions: Bach's Brandenburg Concerto No. 4, 2nd movement;  Ravel's Mother Goose Suite, lst movement.

4.    Get more sleep.  Sleep researchers at Henry Ford Hospitals Sleep Disorders and Research Center in Detroit have discovered that one extra hour of sleep (by going to bed earlier not sleeping later) can increase your energy by 1/3 the next day.

5.    Enjoy nature.    Once the human ear was so finely tuned it could hear danger stalking hundreds of yards away.  Today we walk down a city street oblivious to the car horns and sirens around us.  But in tuning out man, we have also tuned out nature -- the ancient music that lulled us to sleep for thousands of years.  Take a few minutes and turn off the t.v. and radio and just listen to the sounds of nature.

6.    Practice Gratitude.  Research from the Institute of Heart Math shows that emotions can actually change the shape of your DNA.  When a subject felt gratitude, love and appreciation, the DNA responded by relaxing and the strands unwound. When a subject felt anger, fear, frustration or stress, the DNA responded by tightening up, became shorter, and switched off many of our DNA codes.  If you've ever felt 'shut down' by negative emotions, now you know why your body was equally shut down. The shut down of the DNA codes was reversed and the codes were switched back on again when feelings of love, joy, gratitude and appreciation were felt by the subjects.

7.    Bake an Apple (with Cinnamon).  It turns out that the aroma of green apples is nature's most powerful tranquilizer.  Alan R. Hirsch, M.D., neurological director of the Smell & Taste Treatment Research Foundation in Chicago, has studied aromatherapy as  treatment for generalized anxiety syndrome. According to Dr. Hirsch, the scent of green apple increases alpha-wave function --the same kind of wave activity associated with states of relaxation.  Try  vanilla too  At Memorial Sloan-Kettering Cancer Center in New York City,  researchers say that  patients who were exposed to a vanilla scent while undergoing medical tests were far less anxious during the procedures.

8.    Do Yoga.  Yoga is one of the few "exercises" that we do in the West, that actually causes our bodies to produce the relaxation hormone.  It takes us deeply into our parasymathetic response, allowing our reved up bodies to relax and unwind more deeply than most other activities that we can do.  Check out a class or two and notice how you feel.  There are many different styles of yoga and many different teaching styles within each style.  So enjoy the experience of finding a class and teacher that feels like the best fit for you!